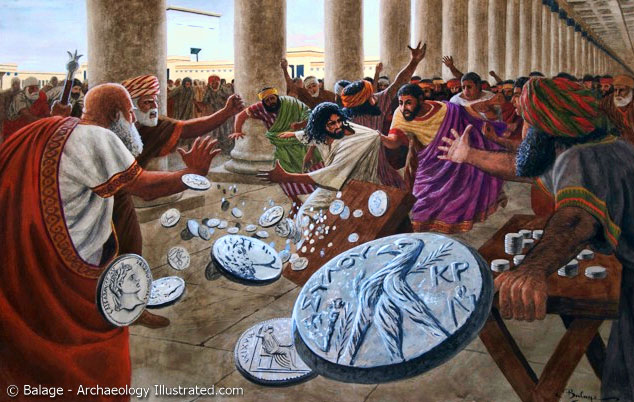 While I am no expert on the race issue, it is clear to me that it is very uncomfortable to have an open, honest and frank discussion about the race issue in America.  Either Black or White America becomes easily offended and/or aggravated, and in essence it becomes easier to sweep it under the carpet, hoping it will go away, but the reality is…it never does.

I recently read about how Ben Affleck went on a journey to discover his ancestry via PBS in a documentary called “Finding Your Roots” .  Affleck found out that one of his ancestors was a slave owner and chose to have that part of the documentary omitted (http://www.theguardian.com/film/2015/apr/22/ben-affleck-embarrassment-hide-slave-owning-ancestor). While I understand that it is embarrassing to admit that your family was part of an ugly side of history, denial to me, is much worse. Denial is the foundation of a lie that allows abuse and injustice to continue.

Unless we seek to educate ourselves on the issue and history of racism, it is difficult to have an honest, open conversation.  Unfortunately, the system has already been created to deny the severity of the Black experience of racism in America.  America is a nation that is built on slavery and capitalism at the expense of Black people. During slavery, privileges were built in to favor and empower White people and which oppressed and dehumanized Black people. Sadly, the remnants of this capitalist system are alive and well today despite the abolition of slavery.  Even with the acknowledgement by science that race is a social not biological construct, race is still used as an excuse to discriminate and oppress.

Many people of all ethnicities are not educated in full about the history of slavery.  Much of this history is distorted or glossed over as “not being that bad” or that “Black people should get over it”.  But unless we start to educate everyone,  we cannot truly begin to understand an age old system of persistent inequities and prejudice.

This is my simplistic experience of the educational system here in the US. The school curriculum that my children have been exposed to makes mention of the pilgrims and how they came over to the US. There a are wonderful “feel good stories” of Thanksgiving and how Native Americans and pilgrims shared a meal together. Stories of the civil rights movement with regards to Martin Luther King Jr., Ruby Bridges and Rosa Parks further add to the feel good factor of how people who experience difficulties can fight for a good cause which eventually leads to some people agreeing that segregation was bad and that equality was a good thing – Hhhhmmm!

Well, let’s examine this.  When you look back at the extent of the inequality / inequity / injustice, while I am grateful that slavery was abolished, it should never have happened in the first place! In the K – 12 educational curriculum, very few history classes, if any at all, explain why there was a racial divide in the first place. Teaching is sketchy regarding how and why Black people were brought to the US.  And it is only when  a student becomes an undergraduate, do they get the opportunity to take African-American Studies, a class generally attended by a majority of African-Americans.

It is almost as if the curriculum treats the civil rights movement as the history of Black America. I do not intend to discount the immeasurable contribution that Martin Luther King Jr., Ruby Bridges and Rosa Parks brought to the civil rights movement.  But, I do believe there is a relative comfort for teachers when discussing these aspects of the civil rights movement versus the harsh reality of the slavery that led to the movement.  On this basis, the educational system seems to be selective and bias towards the history of White America, being very careful not to portray the brutality of slavery which also used Christianity as an excuse to justify it.

Interestingly, as a side note, my children have learned much more about Hitler and the atrocities of the Holocaust that occurred during World War 2. While this is also a very important time during history that should be acknowledged, it would go a long way if African-American history was given the same attention.

Regardless, the educational system cannot deny slavery – it happened.  The educational system, as part of a capitalist society seems to be skewed towards ignoring this part of history, because it allows White America to continue to benefit from those built in privileges. Ultimately, everyone (or as many as possible) need to be educated to enable a frank conversation on the topic of slavery, capitalism and the injustice of racism as a consequence.

Many are quick to throw judgement on the people of Baltimore who rioted following the death of Freddie Gray after his arrest. Whatever the story behind the rioting and I do agree that there were many who were in it for selfish motives, I am more struck by a people who are just fed up and have had enough. A repeated cycle of hopelessness, fear, despair, poverty, injustice and abuse breeds people who are willing to fight for their cause, by any means necessary. Perhaps, if we understood Baltimore in the light of centuries of oppression, we would have a better understanding of the violence today.  I remember reading a couple of posts on social media, one said “violence is never the answer”, the other said “violence is almost always the answer”.

When I think about Baltimore, I remember the story of Jesus as he walked through the temple watching the people buying and selling animals to make their sacrifices for the forgiveness of their sins (Matthew 21:12-13). The Pharisees were making a lot of money exploiting people on this basis. Jesus was outraged, quite rightly, that the Pharisees were misusing the house of God for their own benefit. Jesus decided to take action and he overturned the tables, chasing the people out with a whip and destroying the temple area as he went.  Wasn’t Jesus, like the people of Baltimore, destroying a part of his own community? Bottom line, people get frustrated because they are not being heard. No matter how obvious and clear the message seems, the inequities, injustice and exploitation that was dished out by the Pharisees, and likewise by the judicial system of today was difficult to tolerate any more. Jesus, like the people of Baltimore became angry, rightfully so and in doing so, became violent. While I would not condone violence, it is apparent that violence does seem to communicate a message.

Right now, it would go a long, long way if the atrocities of the past were acknowledged as a precipitating factor to the injustice of the present. Those who fail to educate themselves and to stand up in the light of injustice and oppression ultimately choose to support this capitalist system of racial inequity. The reality is, one day those people will ultimately and inevitably reap the same injustice and oppression themselves, regardless of race.

No matter how divided this country is with regards to issues on race, we have to remember that the recent publicized slayings of Black men by White cops is not just an issue of race, but a human and civil rights issue.  I find it interesting to note that the 6 police officers charged in the death of Freddie Gray are Black and White. Can we truly say that the treatment of Freddie Gray was purely based on race alone? Where there is injustice – we are all potential victims. So do not be fooled, this is not entirely a White issue, or a Black issue, it’s a human rights as well as a civil rights issue.  As long as we remain divided by race, we will all be affected by the consequences of it… eventually.

Jesus could have conformed to the values of the society at the time, which believed the Pharisees were spiritually superior and righteous. Jesus could have sucked up to the Pharisees and enjoyed the privileges of religious protocols as they were practiced back then. But Jesus chose to hang out with the poor and oppressed, the used and abused.  Jesus chose to speak up against the Pharisees and advocate for justice and fair treatment of all regardless of race, gender or economic status.

I am aware that there have been many wonderful White people who have  been allies in the fight against racism such as John Jay, Susan B. Anthony and more recently Tim Wise (Click here to visit Tim Wise website).  We need more people like them.  We need to have allies of all colors stand up in their privilege and advocate for those who have been discriminated against in the same way that Jesus did for the oppressed.  Jesus took responsibility for the mess the Pharisees created on His behalf, Jesus owned it.  Jesus in his privileged position as the Son of God, stood up against the capitalist system that the Pharisees used to oppress people for their own selfish gain. In anger against the injustice, Jesus destroyed an area of the Pharisees temple that exploited people.  Those who experience this privileged position need to help destroy the parts of the system today that exploit people too.  Jesus made that difference – You can do the same!

To this end, I am encouraged by the outpouring of the increasing numbers of  people of all colors united to protest in Baltimore.  Solidarity is the solution and I urge people of all colors to to educate themselves about the real history of America – not just the civil rights movement.  No one race can resolve the race issue, with one side fighting against the other. Peoples of all nations, tribes and tongues must come together to resolve this issue and advocate for each other. I end with a quote from that great Civil Rights Leader,  Martin Luther King Jr., who said “Injustice anywhere is a threat to justice everywhere” – he was right then… and he is still right today.